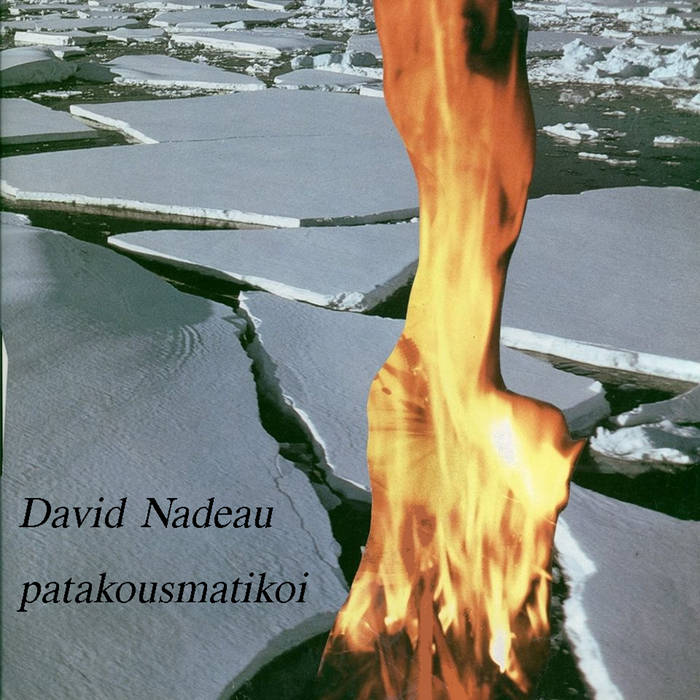 David Nadeau was born in Beauce in 1981 and lives in Quebec City since 2007.  Poet, multidisciplinary artist and art historian, he runs the editions La Vertèbre et le Rossignol, as well as the magazine of the same name. He has participated in collective publications, such as La Vertèbre et le Rossignol (2014 and 2015), Hydrolith: Surrealist Research and Investigations (2010, 2014), , Peculiar Mormyrid (2014, 2016), ALPHA BET A TEST: Language in the Act of Disappearing: The Eye Am Eye Asemic Anthology (2015), and Phala (2015). His first album, Le Labyrinthe de la Mort Symétrique, has been launched on the experimental music label suRRism-Phonoethics (Frankfurt, 2016). La Cottura Dell'Uovo Nero, his first book, has been published in 2017 by the Edizioni Collage de 'Pataphysique, in Italy

He is particularly interested in the links between Esotericism and artistic creation, in a clearly anarchist perspective

The sounds used in the non-verbal part of the track Patakousmatikoi were chosen because they refer to sound phenomena that are named in the text, written beforehand. So, by searching online for sounds produced by chemical reactions (microcosm) and celestial bodies (macrocosm), I found a number of Youtube videos documenting the absorption of water by silica gel beads, as well as Jupiter, Saturn and interstellar plasma mp3 files, recorded by NASA and available on its website. The title evokes Pataphysics, acousmatic art and initiation to the Pythagorean Mysteries

The natural sounds correspond to the currents of subtle energy that pass through the physical body. The tactile qualities of a descent into the Underworld combine the elements of a vibratory architecture. The anatomy of the ambient air defines this sound matter.
Stereophony adjusts vertigos to each other. The magnification of the tiny by the microphone transfers the physicist to "another space-time where he is likely to be absorbed without return" (René Alleau, article "Alchemy", Encyclopedia Universalis). The inner space returns to chaos. Complex rhythmic combinations mark the transition from one psychic state to another. The editing of contrasting natural sounds carves the electromagnetism unexpectedly. The microphones capture the structure of the overwhelming manifestation. The internal dynamism of the elements of nature records the sounds emitted by the spine. The song of the crickets succeeds the fairy hardship. Strange intensities brushes against the Orphic sounds, at the rhythm of the recreation of the world in ourself.
A puddle of water shapes the ambient air. The celestial spheres shiver...